3 Easy Ways United Should Have Handled their Customer Service Fail

Jim Stanek, a disabled veteran and the co-founder of Paws and Stripes, complains that his service dog Sarge was kicked twice and he was called “retarded” during a three-day layover at Dulles International Airport in Washington, D.C., starting July 16, Stanek, a three-tour Iraq veteran suffering from post-traumatic stress disorder and traumatic brain injury, recounts his alleged ill treatment by United in the 18-minute video above. In addition to being held over for three days and running low on food for his dog, Stanek was asked “Are you retarded?” by a United Airlines rep at one point.

Part of the reason this story caught fire was because United said… nothing. At the moment of truth, they didn’t respond at all.

This is a huge problem online, because life moves at a rapid pace. It really doesn’t matter if it’s at night, or over the weekend. A few hours feels like months in social media time.

Here are 3 lessons you can learn from their failure… 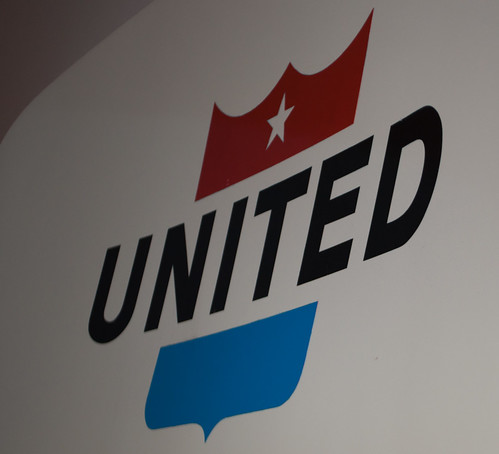 Every bad customer experience is always the company’s fault (even if it isn’t).

So knowing that, United can start by apologizing. But instead, they offer some inane corporate-speak on their Facebook Page as a response:

We cannot comment on another customer’s experience, but we have reached out to Mr. Stanek. We are committed to fostering a culture of dignity and respect for all customers and co-workers, and are gathering more information about this issue.

How about starting with empathy? Act like a person on the other side of that comment actually cares about the situation.

Social media is about communication. And it’s difficult to show emotion through text. So you have to clearly explain yourself so the other side understands where you’re coming from.

Put yourself in the customer’s shoes.

Social media is the new PR.

So you need to respond publicly immediately, and then do whatever it takes on the back end to contact the disgruntled customer. That means picking up the phone.

United is spending millions of dollars on advertising for the London Olympics. How about instead, you fly the CEO to Jim’s home, publicly issue an apology, pay for his hospital or treatment bills, and give him free flights for life on United Airlines.

That would all cost less than what they’re spending on the Olympics this summer. And it would do more for their brand.

You need to assure everyone that the matter is being handled quickly and effectively, so there’s no reason to worry.

United said “they have reached out”. But that’s not good enough. Not in today’s highly visible world.

The problem is that people will “gang-up”. They are much more aggressive online and the complaints go overboard.

But if you step in quickly before it gets too bad – or the customer posts a video online – then you can usually keep everything under control.

The most shocking thing about this story is that it’s happened before.

But I’m not just talking about the 2009 incident.

Social media needs to work with Customer Service to make sure these issues are being addressed.

And most importantly, that the root issue is being fixed permanently.

Too often, businesses only address the symptoms of a problem – not the actual problem.

You can only get their by actually talking to the person on the phone or in person. You need to put yourself in their shoes and really understand what their problem is. (Because even people will talk about the symptoms, without addressing the underlying cause for concern).

Then Customer Service needs to go back to Operations, and address each issue one by one. Maybe employees need more training, or maybe you tie these issues to their compensation.

If you don’t fix or address the root problem, then you’ll have to deal with the same complaints over and over again.

And pretty soon, you’ll be one of these companies with a terrible public image on the internet… whether you deserve it or not.