How Safe is Your Business from a Social Media Fail?

The firm asked users to to list their New Year’s resolutions, and make suggestions about what people would like to see the company achieve in 2012.

But that’s when things went downhill…

One by one, angry comments started trickling in.

They had nothing to do with the company’s question or social media activitiy.

They were upset about something else entirely.

So Volkswagon tried taking down comments and deleting angry posts.

But then it spun out of control.

The comments flooded in, and they became too much to handle.

How did the company respond?

Over 1000 negative comments poured in without one response from the company. 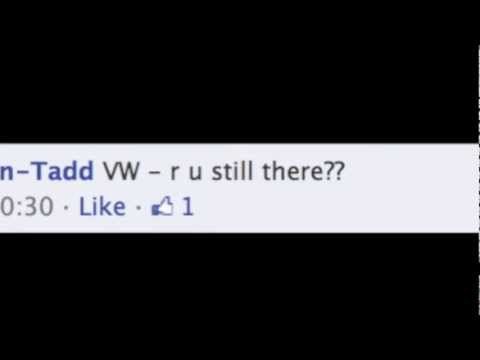 Because on the outside, it looks like they don’t care.

Even though Volkswagen might be scrambling and trying to figure out how to address the issue.

People only see the exterior. And from that point-of-view, things don’t look good.

Before you know it, they had an uncontrollable mob taking over their public appearance. No one can afford that.

Unfortunately they happen all the time.

People are upset with a company policy, or how the firm responds to negative press.

People were mad that Volkswagon was spending millions on lobbying groups to stop the European Union from increasing its commitment to greenhouse gas reductions from 20% to 30% by 2020. They’re trying to avoid paying more to help the environment.

When your brand promise doesn’t align with your company’s actions, people get mad. That’s why you need clear social media goals before you start.

Customers now have a powerful tool at their disposal.

Social media allows people to work together and voice their opinion. We’ve seen it time-and-time again.

But that same power can be abused. It’s similar to cyber bullying, where people adopt a mob-mentality and act much differently.

Sometimes it’s appropriate. But a lot of the time, the company doesn’t address the situation… until it boils over and becomes uncontrollable.

This is a perfect example of a social media fail. A company can’t control the problem, and word spreads like wildfire.

That could be disastrous for your brand, because social media is the new PR.

Unfortunately this happens all the time.

But the actual magnitude of each shakedown depends a lot on how the company handles it.

They were doing disgusting things with people’s food, and laughing the entire time.

As you can imagine, this story caught spread quickly.

People were aghast and disgusted. Literally millions of dollars worth of brand value was lost overnight.

But then, the company responded.

Then President, Patrick Doyle, recorded a video apology and released it on the same platform that brought his comapny so much grief.

It was a sincere apology. You could tell he cared deeply.

Mr. Doyle outlined steps to make sure a situation like this would never happen again. The workers were fired and felony charges were brought against them. And the actual store was shut down and sanitized.

It’s very difficult to repair a brand after a disaster like this. But the company did a great job.

And they provided a valuable lesson on how to react to a social media fail.

How to Avoid a Social Media Shakedown

Whether we like it or not, customer service is now front-and-center.

Companies have to learn how to address negative pressure in the public eye. But you can take clear steps to make sure you minimize it’s effects.

That also includes nights and weekends.

People will have questions, comments, and feedback at all hours of the day and night.

You don’t have to post someone on Twitter 24 hours a day. But you do need a create systems to monitor and manage inbound requests in real-time.

When customers are upset, it’s always your fault… even when it isn’t.

So reach out to them, tell them you’re sorry. And truly mean it.

People don’t always care about your response… they care about being heard.

Show them emphathy, and let them know you understand their frustration.

Then take the conversation private as soon as possible. You want to sort out the details privately so your responses aren’t subject to public pressure.

Sometimes people are innaporpirate and off-topic. So don’t hesitate to warn them.

When a few people get together and feed off each others negative energy, things could go downhill quickly.

You can’t let a situation spin out of control like Volkswagen did. Try to get it under control fast.

And despite what “social media gurus” say, sometimes that means banning people completely.

Be fair, but firm and consistent.

If things get bad, then you should publicly outline how you’re going to correct the situation.

Domino’s did a great job with this. After acknowledging the terrible situation, Mr. Doyle clearly explained action steps to correct the issue and make sure that something like this will never happen again.

This puts people at ease. They will feel better because you’re listening, acknowledging, and addressing their concerns.

The will see that you actually care about them.

But you should avoid making the same chronic mistakes.

The best way to stop repeat mistakes is by creating a feedback loop between the people who receive the complaint, and the people who originally committed the mistake.

The good news is that you’re on the front lines. You’ll know when something goes wrong.

It’s not a matter of if, but of when.

And if you create systems ahead of time, then you’ll be able to learn from other’s mistakes and stop problems before they start.

About the Author
Brad Smith is an online marketing consultant and founder of FixCourse. He helps businesses grow by creating internet marketing strategies to generate more traffic, leads and customers.