How to Build a Successful Blog by Creating a “Content Musical”

So you want to make money blogging?

You want a popular blog that gets thousands of visitors each day, and the attention and respect you’ve been looking for.

So what’s stopping you? What’s holding you back?

You’re cranking out content, just like Mashable, about the latest news stories in your industry. You get traffic, but it doesn’t convert or stick around.

Or maybe you have a unique perspective, and you share research and facts to back everything up.

But no one reads your posts, or takes the time to comment.

The problem isn’t your topics, but the type of content you’re creating.

The trick to building a popular blog is to create content that appeals to a mainstream audience, but that is unique enough to stick around for years to come.

That’s how you get more traffic, and actually start making money from your blog. 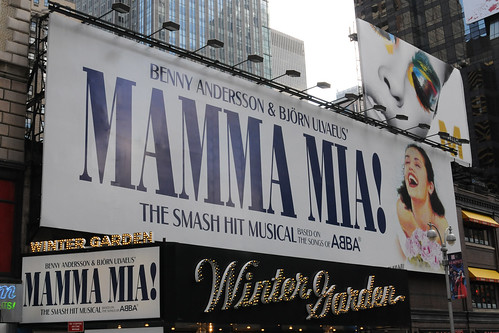 How to Make Money in Music

Let’s take a look at another content producing industry – music.

There are many different types and genres of music. They range from simple and catchy (“pop music”), to complex and deep (classical).

With the long tail, people can choose what they like to hear.

But there are a select few major genres of music that are commercially succesful and make money (while most barely get by).

What’s the difference? Why is some music more profitable, or why do some artists succeed, while most fail?

The Difference Between Classical and Popular Music

People need classical music. Not only is it better (in terms of talent and complexity), it is actually proven to make you smarter.

However, it doesn’t sell very well.

The problem is that it’s too dry and complex. It just doesn’t appeal to a mainstream audience.

Now compare that to “pop music”.

It’s light, catchy, and likable enough to attract a mainstream audience. But most of it isn’t very good.

A lot of “pop music” blends in with every other song on the radio, and you never hear from these artists again.

They have no legacy. They aren’t unique and important enough to stand the test of time. So they’re forgotten about as soon as they were created.

How You Can Find Success by Creating a “Content Musical”

In blogging, the you have the Huffington Post and Mashable on one side (popular / light), and the Harvard Business Review (classical / complex) on the other.

People won’t flock to your site because you’re writing the same news stories and light opinion pieces. The Huff Po and Mashable already have that covered. And you can’t just create content filled with research, facts and science. You’ll never out-research Harvard.

So what’s the solution?

The trick in content marketing is to find a middle ground.

You need the catchy nature of “pop music” and the topics that you know work well with passionate audiences.

But at the same time, you need to add a layer of depth and make it a little more interesting. Otherwise people won’t remember who you are.

So instead of creating “pop music” that’s forgetable, or classical music that’s too complex for a mainstream audience, you should create a Musical.

You can’t compete with Mashable or the Harvard Business Review. But you can create a new category in between to dominate.

“Content musicals” work well because they’re made to stick. They’re deep enough to offer insight, yet catchy and clever enough to appeal to a mainstream audience.

Create a “Content Musical” by Making Your Ideas Stick

All good musicals have a voice.

They have a unique story to tell, and they present it in a clever way.

It could be the plot structure or how each event unfolds. But there’s always a profound lesson or epiphany.

That epiphany is what people need. It’s why the musical exists in the first place.

So when you’re “selling” your blog’s value to people, you have to make your message easy-to-digest.

If you’re knowledgable about your niche, then you already know what people need. Instead, you have to learn how to give it to them in an interesting way and make your idea stick.

Brother’s Chip and Dan Heath broke down the anayomty of an idea in their 2007 book, Made to Stick.

Every great blog post starts with a pearl of wisdom. You think of a clever lesson, unique story or interesting insight, and you have to share it with the world.

It’s what people need to hear.

The problem is, it’s not always what they want to hear.

So you need to make it easy to understand and digest. That way it will stick with a larger audience. You need to find the sweet spot between too light, and too complex.

Because when you do, your blog will appeal to a mainstream audience, and be original enough to stick around.

Brad Smith is a digital marketing consultant who focuses on lead gen for businesses by getting more traffic, leads and sales.