How to Innovate: Lessons on Creating a Competitive Advantage with Little Bets

In the last few years, huge businesses have come crashing down.

Newer, smaller companies sprang up and changed the rules of the game.

If you want to have a sustainable competitive advantage that you can defend, then you need to create it. 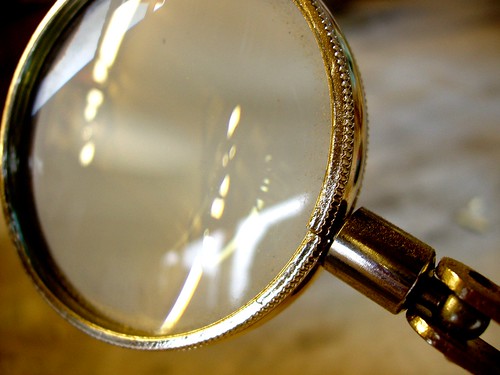 The Importance of Creating

It’s founded on the belief that true innovation comes from the result of lots of little experiments, measuring progress, and iterating quickly to speed up this cycle of learning and adapting.

Being able to create, navigate amid uncertainty, and adapt will increasingly be vital advantages.

None of this is linear. There is no path, and no map.

“Work” is no longer some static, regimented progression. We need to become more aware, to explore and discover. This requires an innate child like curiosity, where failure isn’t penalized but often expected.

This is the only path to finding the elusive spirit of creativity and innovation.

Once these skills are honed, the deciding factor then becomes having the honesty to cut your losses in the face of failure (or smart quitting), and having the courage to double down on early successes.

You’ll create your own hypothesis about where your business is going, or how your industry is going to change. Then you work to find problems with these theories, and discover what will actually work in the real world.

One of the main strengths of Little Bets are the collection of anecdotes that pick away at this subject from vastly different angles, backgrounds, and biases.

The book opens with a discussion of comedian Chris Rock’s approach to develop a new routine.

Months before showing up on a major stage or television event, Rock will turn up at tiny comedy clubs to test out hundreds, even thousands of jokes.

Instead of “performing”, he’ll just pull up a stool and go through a huge list of possible joke variations or ideas. Many flop and fail. The audience might become annoyed or agitated. And some leave.

But that’s not important.

Chris is looking for clues and insight. He’s looking for those few gems. Like a person’s body language or chuckle that let him know he may be on to something. He’ll continue to rework these jokes until he has 9 or 10 to create a show around.

A Peek into Pixar’s Creative Process

Pixar is one of the rare organization’s who’ve been able to grow rapidly and continue to innovate. Their string of success has been phenomenal since the first Toy Story came out.

A lot of their success has to do with the everyday colloboration and creative process. They create elaborate, detailed storyboards as “work in process” and continue to examine every scene or frame from every different angle.

They also go to great lengths to experience their research or “learn by doing”. This includes scuba diving to learn more about the visual aspects of fish in their natural habitat for Finding Nemo.

Pixar has a fundamental belief that it’s better to fix problems during the process while they’re actively learning, then obsess over the initial planning phases and believe they have everything figured out.

Lessons from the Front Lines

Throughout the two World Wars, US armies were very good at fighting disciplined, structured armies.

However starting in Vietnam and up to today, we’re facing opponents who’s guerrilla tactics and undisciplined approach is hard to predict.

Initially, the goal is to become part of the community. This phase is based on observation, listening, communicating, and picking up the local cultures. During this time it’s essential to pick up on the local power struggle and political ties.

The focus is on understanding the audience and cultural groups first, then making decisions on how best to approach.

In one instance, they surrounded the city of Tal Afar with a nine foot wall designed to control entry and exit points to only three locations. This allowed them to monitor the people coming and going, and pick up on the rebels.

Once they would identify specific areas, they would infiltrate and seize one at a time. This allowed them to narrow their focus and adapt the game-plan as it played out.

Writing is difficult for many people. Even professional writers and authors sometimes don’t know where to begin.

Anne Lamott, author of Bird by Bird: Some Instructions on Writing and Life said the key to starting and continue writing was to “Write shitty first drafts”.

This simply means to focus on creating first (anything), then editing later. Starting anywhere allows you to get the ball rolling and use that momentum to discover where the story is going.

This also allows you to break everything down into simple, manageable pieces – instead of tackling a huge issue in one sitting.

The Father of Microlending

Muhammad Yunus was a professional academic teaching economics at Chittagong University in India. He quickly realized that it was worthless to preach modern economics when people were starving around him.

In order to get a better grasp of the problems people faced, he went out into the communities and spoke to struggling people. He called this understanding from a “worm’s eye view”.

What he uncovered was shocking. The major problem for most was access to short-term capital. In some cases, it was as little as $27.00.

Most banks wouldn’t lend to these people, and their only other option was the notorious pay-day lending or loan sharks.

This helped to re-frame the problem, and realize that by creating a conduit between these people and others with some discretionary spending, he could immediately make a massive impact.

Only by understanding the real problems that people were facing, was he able to come up with an idea for the Grahmeen bank and mass-micro lending.

One of the key concepts in rapid experimentation is prototyping.

This involves building small (usually scaled down versions) inexpensively and quickly in order to actually test and observe.

A great example of this was Frank Gehry, the famous architect who created the Disney Concert Hall in downtown Los Angeles.

Constraints are a valuable aid, not burden. In this form, it’s usually monetary, structural, environmental, and political constraints Gehry must work around. However it gives you a basis, and starting point to find little, creative solutions.

For example, the Disney Concert Hall has a magnificent and unique exterior. But it was actually designed from the from the inside out.

He uses an experimental approach, or little bets, to discover, test and develop ideas that are achievable and affordable.

Last but certainly not least, many of these problems stem directly from our current education system.

“Schools were designed during first half of twentieth century to meet demands of industrial era, not an innovative knowledge economy.”

One of the best solutions is the Socratic method.

This is a process of questioning, prodding, and eliciting responses, instead of dictating or lecturing.

Questioning, creating hypothesis and actively testing are the fundamental basis for creative thinking, and problem solving.

“Perhaps the most important question that we can ask is this: What is the purpose of education? Is it to impart knowledge and facts or is it to nurture curiosity, effortful problem solving, and the capacity for lifelong learning.”

Innovation is our future. It’s the only clear path to creating sustainable companies.

And the road to innovation is paved with little experiments and actively validating hypothesis in the marketplace.

As you can see from a variety of disciplines, Little Bets is a way to stick your toe in the water, and decide if it’s smart to jump in.

It’s a blueprint for discovering problems, and a mental model for executing solutions.

Little Bets is a realignment of how we think and what we should think about.

It’s a focus on creative problem solving, not specific tactics or techniques.

Only when you fully understand the problem, can you execute a solution that will work.

There is no way you have all the answers in today’s unstable world.

The only solution is to make lots of little experiments, and iterate to find the answer.