Mobile payment systems have begun to heat up.

The ability to take payments on-the-go is becoming a reality with mainstream smartphone adoption. The goal is to make it cheap, easy and valuable enough to disrupt other existing, cumbersome or expensive options.

The intent of mobile payment systems will be to eventually replace your wallet.

Currently there are two routes that companies and investors are exploring to bring this technology to the masses. 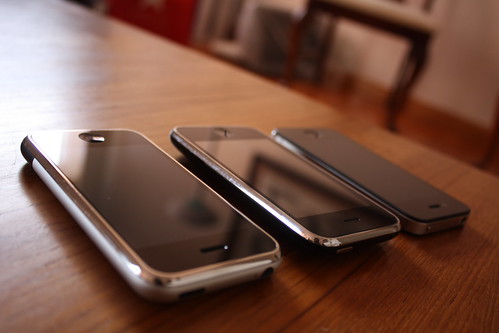 Starbucks recently began allowing consumers to pay with their rewards card on their mobile devices. They’ve already announced over 3 million people have begun paying through the Starbucks Card Mobile.

The Starbucks mobile payments offering is a “touch to pay” system. It allows the customer to hold up the app’s barcode to the in-store scanner at the register to pay using the electronic tender. The program was piloted at select stores in September 2009. After extensive testing, it was found to be the fastest way for customers to pay. The past financial quarter was the best performing in the 40-year history of the company, according to Schultz. Starbucks cards now account for 22% of all transactions, he says.

One of the most exciting devices and company’s in the mobile payment processing space is Square, which allows you to accept credit and debit card payments with your mobile device.

By attaching the small device into your headphone jack on Android and iOS phones, you’re able to scan credit and debit information using the free Square app. This tiny device could revolutionize point-of-sale (POS) systems for vendors and retailers. The only catch is a flat 2.75% transaction fee, much like Paypal.

What’s really exciting about Square’s future is that Apple agreed to carry it in it’s online and brick-and-mortar stores.

This presents a huge opportunity and retail channel for Square. It’s now perfectly positioned in front of the innovators and early adopters. Square’s device is selling for $9.95, but comes with a $10 Square credit – essentially making the device free and significantly lowering barriers of risk.

Near field communication has been around for nearly 10 years, but has just recently begun creeping into mobile devices. This system consists of an initiator and a target; the initiator actively generates an RF field that can power a passive target, and requires a distance of 4cm or less.

The idea is that you’ll simply wave your mobile device next to a payment terminal. Large credit card companies including Visa, Mastercard, Bank of America and American Express have already signed on.

A recent Mashable article outlined some of the mobile security concerns.

Rick Orr, from TabbedOut, outlined three considerations for users and merchants to consider when making payments via a smartphone. Orr says it is essential to ensure that credit card information is:

While the activity in this space is exciting, Forrester Research reminds us that disruption will be slow.

This disruption will be slow to occur. Why? Because: 1) vendors and providers will need to create consumer demand, which is currently nonexistent; 2) merchants will also require significant motivation; and 3) stakeholders will need time to iron out business-model problems.

Nevertheless, mobile payment systems will provide huge potential and opportunity in the near future.