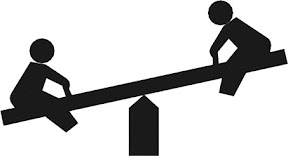 There are two ways to grow a social media presence for your organization.

One way is to start from the bottom and try to build your presence organically. You tweet to an empty room, try to engage your small audience, participate in Twitter chats, use popular hashtags liberally, and more.

You might see small, modest success at first. But it will never impact your organization’s bottom-line.

Here’s what you should do instead.

The Key to Warren Buffet’s Success

Warren Buffet didn’t become one of the richest men in the world by picking stocks.

And he doesn’t pay attention to the latest mood-swings on Wall Street or use sophisticated financial models.

The key to Buffet’s success is through buying companies.

He gets a majority stake, and can guide or control key decisions.

Now compare this to the average day-trader. Sure, they might make a decent sum of money. But they’ll never be able to exert as much control or influence. And so they also bring in a fraction of the returns.

It’s safer to sit in your house and trade based on the advice from TV pundits. It’s more difficult, and riskier to use invest large sums of money to acquire companies for the next few decades.

In online marketing, it’s easier and safer to participate in a Twitter chat than to try and start a new project or create a strategic partnership.

In the short-term, you risk time, money and energy. But the potential long-term value will pay for itself many times over.

Why You Should Focus on Business Development in Social Media

Business development is an important strategy, and role in many large organizations.

But the job is fairly vague, and often misunderstood because there’s no set agenda.

It’s usually a high-level, blend of strategic marketing and sales. The goal is to be opportunistic and look for unique areas for growth.

Not small, tactical areas. But big opportunities that can have massive impact on your organization.

It has many different forms. It could include strategic partnerships with complementary brands. Or it could also mean licensing, publishing or mergers & acquisitions.

Business development is riskier and takes much longer than most marketing or sales activities. If you’re working on 5 different deals, 4 of those might not work out.

But the gains on that fifth one will more than make up for the losses.

Online, social media helps make this process easy for small and medium sized organizations. It provides a level playing field, by opening up all types of possibilities and communication channels.

But at the end of the day, it’s only a change in tools and technologies. The same fundamental strategies still apply.

If you want to use social media to build your business, then you need to start at the top.

What You Can Learn from the Working Homeless

About 44% of homeless people in the U.S. have jobs, according to the Coalition for the Homeless.

These people work day-in and day-out, trying to make a living. But most simply can’t do it.

In 1981, Chris Gardner was a part of the working homeless on the streets of San Francisco. He was a single father, who stumbled upon the opportunity of a lifetime: landing an internship as a stockbroker with Dean Witter Reynolds.

Chris had no experience, and not much formal education in the world of finance. But this unpaid internship could lead to a paid position with the firm. So it was an opportunity too good to pass up.

Chris’ story was portrayed by Will Smith in the 2006 film, The Pursuit of Happyness.

At one point during the movie, Will Smith spends the night in a locked bathroom at the Bay Area Rapid Transit station, trying to study while his son sleeps.

The pain and exhaustion is clearly affecting him. And it might hurt his chances of landing this job.

As part of the internship, each person makes cold-calls during the day to bring in new clients. The intern responsible for bringing in the most clients was likely to be hired for the paid position.

So they all worked diligently, working their way up from the bottom of the list, from the least profitable customers up to the most profitable companies at the top.

Chris realized that he would never win this way. There was no way he could compete with everyone else because he couldn’t afford to spend all day-and-night making calls. He had to rush from the office every afternoon to pick up his kid and try to find somewhere to sleep that night.

So instead, he started at the top of the list. He went after the bigger clients and corporations, and invested far more time, energy and skill on the front-end.

Start at the Top by Providing Solutions

So you identify the company, organization or person that influences these communities, and work your way up to working with them as a partner — not a vendor or supplier.

You can’t do that by asking for help. Nobody owes you anything, and most people aren’t going to do you a favor without a good reason.

If you want someone to promote you, then you need to give them something of value.

Identify what they lack and need, and solve their problem. This can be many different things:

Creating these partnerships is how you use social media to grow your organization.

The good news is that the possibilities are endless.

You need to be willing to invest the resources needed to figure it out.

Success in online business development is not systematic.

You won’t always see results quickly (if ever). And it takes a leap of faith from everyone involved, because it doesn’t always work out as planned.

But in every case, you have to be willing to invest money, time, or skill up-front.

Chris Gardner was making a risky move by calling on large companies first. If he couldn’t land these clients, then he would have lost his opportunity and remained on the streets with his son. But he was able to land enough big clients to outshine everyone in his class, and get the paid position.

Warren Buffett may have started with under-priced, penny stocks to get some cash flow. But after awhile, he moved on to take bigger bets and get controlling interests to build his fortune.

Success in digital marketing is no different.

It’s easy to focus on how many times you should update Twitter or Facebook. It’s difficult to start a new collaborative project or strike up a new partnership with other big players. But that’s what drives the most traffic and increases conversion rates the most.

And at the end of the day, you can either be the person tweeting all day to get followers.

Or you can be the one at the top that others purposefully seek out.