What Lingerie Can Teach Us About Positioning in Marketing 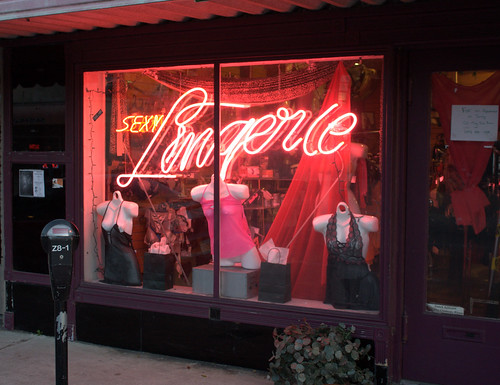 But buying lingerie can be incredibly uncomfortable.

Fortunately, one store in New York is trying to make it easier for me. Journelle holds scotch tastings for men at their Union Square store. (Whiskey + lingerie? Yes please!)

But what’s even more interesting (if we can get back on track please) is that this store was founded in 2007 — the height for small business bankruptcies (which grew 75% from the year before!)

And despite those grim numbers, Journelle experienced double-digit growth during that period.

The Battle for Your Prospect’s Mind

Successful positioning isn’t what you think or say, but what your customers think of you.

Marketing’s positioning became popular with the 1981 book, Positioning – The Battle for Your Mind, which basically described it as a mental shorthand consumers use to place you in a box.

Here’s how positioning basically works in under 20 words (saving you the thousands of dollars and the countless hours I spent in business school):

Most small/medium/independent companies or professionals will never be the biggest and most well known. We’ll very rarely ever be the highest-end option. And you’ll never be able to compete on low cost (seriously — don’t even try).

So where does that leave us?

“I realized that woman will still purchase undergarments but they would have very little tolerance for anything subpar, including the shopping experience. This was the time to truly stand out from our competitors, and that is what Journelle had to do if we were going to get the sales that were out there. So I doubled down on the customer experience and the sales associates.”

Instead of cutting costs and reducing overhead, Journelle — heading straight into the worst recession many of us have seen — began spending more money on hiring additional sales associates and improved training. Same store sales improved 55%!

The key to growth and profitability wasn’t through cost cutting. Because drastically reducing expenses and slashing overhead usually resorts in a poor customer experience.

And it wasn’t through discounting. Because discounting is only a quick fix that undermines your profitability in the long run.

Somehow, someway, we need to deliver a solution that’s more unique than what the big brand offers, more complete than the low cost, and different than what the high-end one offers.

Many times, the best way to do that is through optimizing the customer experience.

Maybe you’re more attentive and offer better service. Or perhaps you inject personality into your marketing messages. And quite possibly you do things in the best interest of consumers (even when they would never think of it).

No matter which one you pursue, this needs to happen before you even think about promotion, increasing demand, and scaling your business.

Because positioning is a fundamental building block for everything else. And without a clearly defined strategy, no amount of advertising or promotion will get your business off the ground and into the black.

Let’s talk about your company’s positioning and how to grow your business.

Or check out the details for my upcoming training program where we’ll go deep on your market positioning.