Why Social Media is the New Public Relations

Most people misunderstand the benefits of social media.

It’s not about “embracing your audience”, “joining the conversation” or “being authentic”.

For businesses, social media is much more valuable.

When you do it right, the potential is limitless. 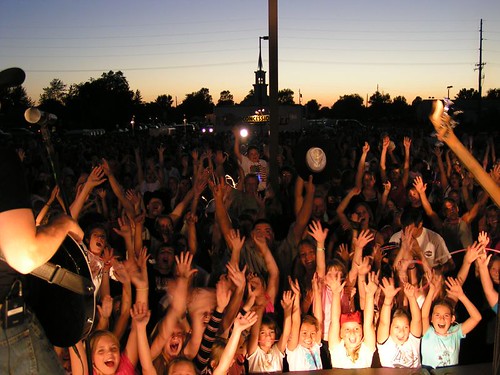 Forbes columnist Michael Ellsberg recently wrote an article about the Tim Ferriss Effect, and the surprising strength of single-author blogs with passionate audiences.

(For those who don’t know, Tim Ferriss is the widely successful author of the Four Hour Work Week, and Four Hour Body, as well as an entrepreneur and angel investor.)

Michael witnessed this effect first-hand. While promoting his recent book, Michael did all types of PR and interviews to try and push book sales.

He appeared on primetime CNN, had an article in the New York Times Sunday edition, and published a guest post on Tim Ferriss’s popular blog.

When the guest post on Tim Ferriss’s blog went live, it shot Michael’s book up the charts to #45 on the Amazon Bestsellers list.

That single guest post had the largest direct impact on Michael’s books sales. Bigger than an interview on CNN, and bigger than a story on the New York Times.

How does that make sense?

The Halo Effect is a real, cognitive bias that explains why people become star-struck.

The Halo Effect says that physically attractive people are automatically assumed to be smarter, happier, and more successful than their average peers.

Apple benefits from the Halo Effect because people love their products.

If Oprah recommended a book to her passionate audience, then it would immediately make the New York Times Best Sellers list.

The “Oprah Effect” was coined years ago because of her amazing ability to make a “hit” product simply by recommending it to her audience.

And now, that effect is being passed down to individual, influential bloggers.

This has a profound impact on how we understand digital marketing.

It should also show you exactly how important social media is for business.

What is the ROI of social media?

I don’t know… but it’s a hell of a lot better than traditional public relations.

It doesn’t matter if you reach a million people through CNN if none of them take action.

Michael and other authors have learned first-hand that the strength of a single-author blog community is incredibly powerful.

It’s like a mini Oprah Effect. The blog’s readership completely trusts the author, so they don’t hesitate to buy. Getting people to take action and buy something is much easier when people are already interested.

The problem with traditional PR is that the world today is too fragmented. People simply have too many choices.

Our attention is fragmented, so we only pay attention to the things we absolutely love.

In the past, it didn’t matter that these mass-media response rates were so small. You were able to reach enough people, so it was eventually worth it. But that’s not true anymore.

When there was only network TV and AM/FM radio, traditional advertising and PR worked really well. But now there’s thousands of TV channels and plenty of different options to listen to music. These channels have become fragmented. So you’re reaching less people, but still paying high premiums to reach them.

Instead of reaching a lot of people who barely take action, it’s a lot smarter to target smaller, passionate audiences that will convert at a higher percentage.

Getting people to take action online is much easier. The Call-To-Action brings you directly to the point of purchase. If you give an interview on CNN, then people will have to remember the name of the book and hunt it down at a local store or buy it when they’re in front of their computer.

That time difference kills action. People become distracted, or simply forget. And then they move on.

So the response rate of Social Relations is much better than Public Relations. That means more money, faster. And that’s why the new social media definition has merged with public relations.

Here’s how that works…

Every business has two key marketing metrics that have a huge impact on their ability to generate a profit.

It doesn’t matter if you’re buying AdWords or spending millions on television commercials, you will always have a cost to acquire each customer.

And in a world where the prices of everything are being driven down by competition and technology, the lifetime value of a customer becomes incredibly important.

It may cost you more to acquire a customer than when they make a single purchase. But you can grow a thriving business on tiny revenues through scalable repeat purchases.

Social media dramatically lowers the cost of customer acquisition, and increases the lifetime value of a customer exponentially.

That’s how good social media marketing really works. You invest indirectly in building a marketing asset (a blog) that will grow in value over time (as more content is added and relationships are made).

It also has the added bonus of being inherently viral, which means that when you reach a certain point, your customers will do your marketing for you. Each new customer will bring one or two customers of their own, simply through recommendations.

That gives you scale.

Scale lets you escape the problems you face in advertising. For example, when you acquire customers through advertising, you have to spend a certain amount, to get a little more back.

Social media helps you scale your reach and frequency, while avoiding a fixed return for investment.

But that’s not all.

Evoking an emotional response from people is what makes them stick around. And it’s why they buy.

One of the biggest advantages of social media is that it allows you to have a two-way discussion with people. This helps you to create a bond, and makes sure they remain happy customers. Social media is the new CRM.

Getting happy customers to stick around longer will also help you get them to buy more often, drastically improving the lifetime value of each customer. And that goes straight to the bottom line. It’s like free money, because you don’t have to spend anymore time or money to “sell” them again.

All of this sounds great, right?

But there’s a catch…

If you want to be wildly successful in social media, then you have to play for the long-term.

That means trying to build friendly relationships with bloggers, not pitching them.

That means slowly growing an authentic fan base, not buying Fans and Followers.

That means acting like a farmer, instead of a hunter.

You have to plant your seeds, and tend to them over time. You have to be methodical, strategic, and consistent.

You can’t go out looking for the big kill everyday, praying for that instant gratification.

Before Michael was able to guest post on Tim’s influential blog, he’d actually known Tim for close to 10 years. He didn’t pitch him or send him a cold email. He developed a relationship over time, never asking for something in return. But when the time came, he was easily able to ask Tim for a favor.

And that favor paid off handsomely.