Social media is hard to measure.

It’s tough to tell how well you’re doing, or how to analyze an employee’s production.

Don’t even bring up ROI. You’ll just give yourself a headache.

Unfortunately, some people still insist on it. If they don’t get a straight answer immediately, then they just stick an intern on Twitter.

But that’s not the worst part.

No, the worst part is measuring the wrong things to begin with. If you pick the wrong targets, then you’ll get terrible results in the long run. And you’ll have wasted precious time, money, and effort.

Some social media metrics are better than others. But some are downright useless.

Three, in particular, won’t help your business at all.

Here they are, and here are three more that you should measure instead. 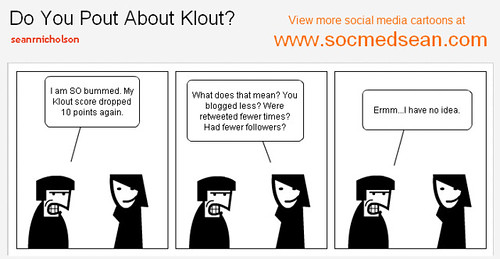 Twitter is a great communication channel. It helps you contact and stay in touch with anyone you want.

But it doesn’t make you real money.

Email marketing is still the most profitable online channel.

You work so hard to get traffic to your website in the first place, and then you just… give it away to Twitter?

Your Twitter account is not an asset. You don’t own it. Don’t fall victim to digital sharecropping.

The number of Facebook Fans your page has is basically irrelevant.

It doesn’t matter if you have a million fans because you’ll never be able to reach them all.

Facebook’s EdgeRank was designed to keep companies from spamming their “fans”. So it only allows you to reach the fans that actively engage with your brand.

“People Talking About This” is the closest metric you have to increase your “viral reach”. It’s a weekly measurement that measures your page’s engagement.

The higher that number goes, the better chance you have of reaching more people. And the bigger your page will grow because you’ll start reaching more “friends of fans”.

Klout is the ultimate vanity metric.

Like the pretty girl in high school, Klout looks good on the outside but lacks substance.

They mean well… and it’s a brilliant idea. But at the end of the day, it just doesn’t mean very much for your business.

Do you really want to know how satisfied customers and fans are?

Then ask them to take the Net Promoter Score. It’s one simple question that will only take a few seconds, and it’s vastly more accurate than Klout.

“How likely are you to recommend to a colleague or friend?”

Keeping an eye on your Twitter Followers, Facebook Fans, and your Klout Score is OK. You feel good when these numbers go up.

Just make sure you understand that at the end of the day… they don’t have a huge influence on your business.

Instead, tie your social media goals to metrics that will actually improve your business.

Email subscribers are profitable, “People Talking About This” on Facebook raises your brand awareness, and the Net Promoter Score tells you exactly how satisfied your customers are.