Is Your Blog Made to Stick? Test Yourself with these 6 Questions

It gives them authority and makes them easy to remember.

It also helps them sell their ideas, beliefs, and opinions. Which makes it possible to profit from their products and services. 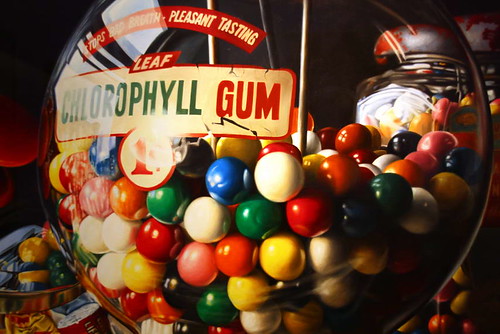 Made to Stick (by brother’s Chip and Dan Heath) describes why certain ideas succeed while others die.

They worked tirelessly to break down the anatomy of an idea through experience and extensive research. And they were able to identify six distinct, essential elements for successful ideas.

A successful idea has to be simple.

The key to writing simply is by finding the core of the idea.

You want to strip away all of the excess fat that distracts from the main goal.

It’s really important that you decide what to avoid and ignore.

Readers have limited attention. They’re being attacked by all types of messages and alerts.

So focus on choosing only one thing you want people to pay attention to.

Dan and Chip begin Made to Stick with an urban legend of a guy who goes out for a drink, meets a girl, and ends up losing his kidney.

What makes the story so powerful is how unexpectedly it ends. While it begins so innocently, it ends with a surprising twist.

Most ideas won’t have such a colorful ending. However, it’s also really effective to make a connection between two seemingly unrelated things.

Successful ideas have to be concrete.

That makes them easy to remember, and easy to spread.

So instead of: “We improve efficencies in business processes and create synergistic relationships”, say “We help you make more money”, or “We help you decrease operating expenses”.

But there are also other examples.

For example, someone who’s unemployed for awhile will have more trouble finding a new job.

But on the other hand, people who are “in-demand” or “attractive” benefit from the Halo Effect. They’re automatically given the benefit of the doubt and seen as more credible.

That’s why blogs prominently display how many email subscribers they have.

People will only buy something if they trust it.

And they won’t spread something unless they connect with it.

You want your idea to connect on an emotional level with people. You want to give them pleasure or take away their pain.

So talk about your audience’s problems and issues when blogging. You’re not just selling; you’re educating and helping.

Finally, the last ingredient of sticky ideas are stories.

When you wrap a compelling idea in narrative, it takes on a life of its own.

Stories have been used for centuries to pass down ideas and legacies.

The framework of a story helps people remember how the information is organized, and empowers them to spread it because it sells.

Apple didn’t sell the original iPod based on how much memory it had. They talked about 1000 songs in your pocket.