It’s been the hot trend that everyone needs to use.

Or so the media says.

Like it or not, Google+ is going to impact your business more than any other social network. But if you listen to others (or the media), this is what you’ll hear: 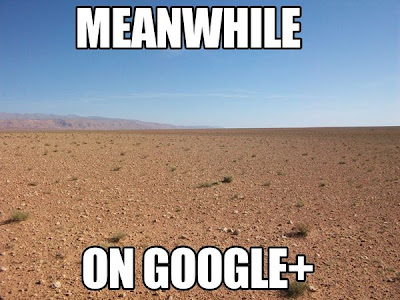 While it makes a fun argument, it’s not a very accurate picture.

Instead, Google+ is a “social-spine” that runs through their other products. It’s like a virtual identity that connects your Gmail account to YouTube and the search results you’ll see.

But before we get there, we need to go back a few years…

Starting with a Billion-Dollar Video Site

Most people thought the purchase was a mistake. And they said Google more than overpaid for the young, unproven and risky service.

For a long time YouTube barely made any revenue. And there was still a lot of concern over content copyrights.

But today, it’s the second largest search engine in the world. It has over 800 million unique users, and receives over 4 billion video views per day.

And surprisingly, it still has a lot of room to grow.

The Future of TV is NOT Cable or Satellite

When you turn on the television soon, you will go directly to a menu screen with a variety of options to choose from.

Internet-enabled TV’s will be standard, and for the first time in history you’ll be able to completely bypass network or cable channels.

You’ll be able to open your Netflix account and stream movies instantly. Or you can choose Hulu and watch shows on-demand.

And you’ll also be able to go directly to YouTube.

The future of content creation is coming from independents. One good example is the internet network This Week In, which produces the Kevin Pollak Chat Show (among others).

Hollywood actor and comedian Kevin Pollak hosts a weekly, Charlie Rose-style interview with other popular, mainstream celebrities. It’s consistently been rated one of the best live shows on the internet, even though it’s still casual and light-hearted.

But it doesn’t look like a “live show”. The production qualities are top-notch, broadcast-quality with HD video and perfect audio.

And it’s a great example of the original programming that will hit a wide audience when everyone can watch it directly from their living rooms.

So despite YouTube’s current massive size, it’s still poised for more growth. And it could become one of the main TV destinations in your home for almost everyone on the planet.

And the one thing connecting you, and all of your customers to it, will be Google+.

Why Google+ is Essential

Google+ isn’t just a social network, but an “identity” every-time you Search, open your Gmail, and log-on to YouTube.

It has seen explosive growth in a short amount of time. Not because it’s the best social network (it still has a lot of work to do), but because it’s at the center of so many other popular products. Facebook might have a billion users, but Google Search serves 3 billion searches per day. 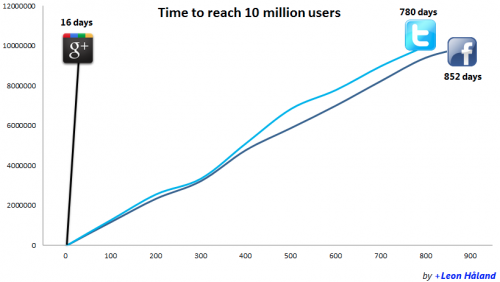 Google is aggressively integrating this service into everything they own. Not to mention the billions in cash Google could use for mass-media advertising, or celebrity endorsements. So whether we like it or not, Google+ will become more relevant.

And if your organization relies heavily on search traffic (which we all do), then Google+ is the best investment you can make in social.

Your search results are now personalized based on (1) your physical location, (2) past browsing history, and (3) Google+ connections. Which also means your customer’s results are personalized, too. So the concept of “keyword rankings” is going away, because Google is getting better at mapping relationships and influence (thanks to Google+).

And studies have shown that sites using Google+ see significant improvements in search traffic, while those that aren’t, don’t.