The 5 Ways Marketing has Evolved

This is Part 2 of how internet marketing is evolving.

After nine months of trying to get a hold of them, and only receiving $1,200 in return, Carroll decided to put his talent to the test and record “United Breaks Guitars“.

Low barriers to entry and decreasing distribution costs have also forced marketing to evolve in more ways than one. 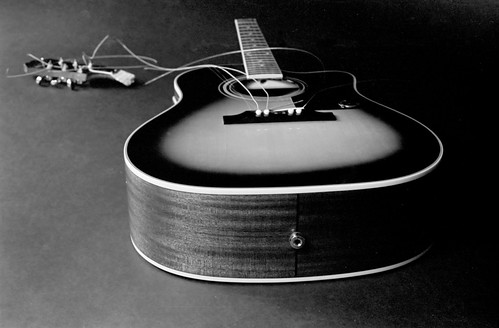 Traditional mass marketing is built around interruption and “pushing” messages to consumers. Internet marketing has turned this on its head, popularizing the term “permission marketing”.

The most effective internet strategies are built around providing content and information that helps consumers, in order to get their attention.

The next goal is to foster the relationship with them and hopefully translate that into providing products or services to meet their needs or wants.

The underlying theme of these methods is communication (two-way engagement), not broadcasting messages (one-way pushing).

Internet marketing tactics have become “low hanging fruit” that are easy, cheap and accessible to everyone.

The internet has been a place that embraces authenticity ever since the beginning of the early days of the web.

This spirit of openness has survived for so long because of the absence of for-profit motivation. Now that the web is becoming so commercialized, there could be another shift in the future.

The greatest impact of social media has resulted in an increasing connectedness and spread-ability.

Specifically, social networks make the world smaller. This has ushered in a return to small-town business that values trust and third-party, independent reviews.

The goal then is to make everything more “shareable”, and engage the communities that exist with or without you.

3. Bring the audience on stage

In a recent interview, Steven Wynn was describing the significant capital expenditures of his current Vegas properties, Wynn and Encore, in order to better position it for the younger generations.

He remarked that the most striking significance of this demographic is that they don’t want to be a passive audience.

These “digital natives” don’t want to passively watch a show. They want to be actors engaged and interacting in the performance.

4. The ability to test everything

The biggest benefit of internet marketing is that you can measure almost everything.

You can measure the impact and sales cycle from advertising on AdWords, to A/B testing specific landing page conversions.

The proliferation of cheap technology has enabled every size and shape of company to track their performance and compete on a level playing field.

5. The blending of skill sets

This intersection of the dynamics has forged these disciplines into each other. It’s not enough anymore to be good at one, while ignoring the others.

The result is a massive shift and opportunity for businesses. Smaller operations are able to scale their efforts and do more with less.