Social media can give your company many different benefits.

It can increase awareness and introduce you to new people. It can be used to help customer service, and follow-up with disgruntled customers. It can also be used to get the elusive, but effective word-of-mouth marketing.

But it can’t sell. At least, that’s what people say.

Market research giants Forrester Research and GSI Commerce looked at online retailer data in 2010. They were trying to determine how many actual retail sales came from social media visits.

Less than 2% of all orders were from social networking shoppers. (Conversely, search and email marketing converted the most).

The most common objection to using social media is, “What’s the return-on-investment?”. And when you try to come up with an ROI, you get results like these (dismal, to say the least).

So what’s the solution? Give up entirely?

Or should you just look a little more closely… 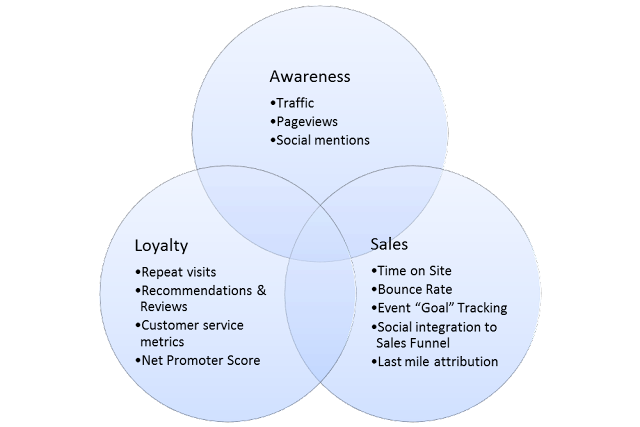 The direct ROI of social media is usually dismal.

But then again, so is almost every offline advertising method like TV, radio, print and billboards. However they obviously increase sales.

They just aid indirectly, so it’s difficult to measure a direct conversion rate.

Step2′s use of PowerReviews and Facebook together provided some measurable gains. [Online Marketing Director] Tena Crock claimed sales from Step2.com increased 130 percent year-over-year after PowerReviews added loyalty and badges for reviewers and buyers in February 2012. Since October 2010, Step2 has recorded a 300% boost in revenues from visitors who arrive at Step2.com via the Facebook Connect button.

Step2 is seeing impressive online revenue growth, due in large part to their integration of social media.

So who’s right? Does it drive sales, or doesn’t it?

Or is it all in your approach?

Social media doesn’t drive sales directly. But it significantly impacts sales indirectly. So here’s what you should do instead.

1. Increase Awareness: The first step in marketing is to get your prospect’s attention. That’s why you use advertising in the first place.

Selling is difficult for most companies online because… no one’s ever heard of you. And no one’s going to buy without recognizing your brand.

Don’t use social media to sell, but to get attention initially. Promote content, run contests, and create an identity in your industry.

And then think of fans and followers as leads, and nurture their trust over time to accelerate first-time purchases.

It’s not because companies are exceptionally good at it.

It’s because following up with leads consistently over weeks, months and years builds trust and recognition. Just like seeing television ads over years or finding your brand logo on a sports team’s jersey.

You can accelerate purchases with social media by providing information to drive need awareness, interact to overcome objections, and use authenticity so prospects pick you over the competition.

3. Increase Purchasing Frequency: Netflix has built a thriving business on $8 a month.

They’re successful because can predict the average lifetime value of each customer. Most people don’t just sign up for one month. The average person may be a Netflix subscriber for 36 months… or longer. That predictable, recurring revenue is a powerful income stream.

Marketing 101 says it’s cheaper and easier to keep an existing customer, than to acquire a new one. And using social media is an easy, effective way to increase your profitability by increasing the lifetime value of a customer. People will buy more products and services, or simply buy more often.

Social media can drive sales… but it does so indirectly.

People find you in social media through serendipity… they don’t typically go actively looking for products and services to buy.

So your social media strategies need to gain attention, inspire trust, and then increase profitability.

It takes a little longer to get started, but it pays off significantly in the long run.