Redesigning a client’s website is always one of the biggest headaches.

Hours of your creative work is torn apart because the client can’t decide where they want the nav bar.

Or no one can agree on the correct color of each call-to-action.

Let’s say that you, the designer, want the call-to-action button green, while the President wants blue, and the customers voted red in the latest survey.

Who’s right? You the expert, the President’s favorite color, or the customer survey?

None of the above.

Here’s why everyone is wrong, and how to find the right answer. 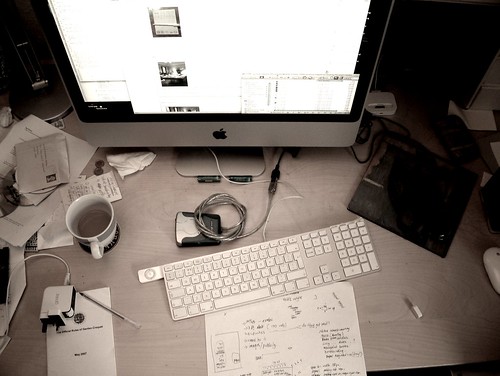 What is the purpose of commerce-driven websites? There’s only one correct answer.

They need to generate leads and make sales for the company, non-profit, or media-conglomerate.

So your metrics of success aren’t design awards. They’re the number of leads, conversion rates, and monthly revenue that your website is generating.

Every design element on a site also has to sell. Every headline, image, border, and call-to-action.

So let’s go back to the original question. What color should the call-to-action be?

You could just ask customers which they prefer… right? Since they’re the ones giving you money.

Unfortunately, it’s not that easy.

Dan Ariely, the book’s author, wanted to see how people’s decision making changes when introduced with different pricing options for the Economist.

Let’s start with two pricing options, and see what the majority of people will prefer.

In this example, 68% of the people chose the “electronic-only” subscription because they viewed it as a better deal. That makes sense.

But let’s introduce a third option and see what happens.

Nobody picking option 2 makes sense. But all of a sudden, the majority of people consider both print and web subscriptions to be the better deal.

By throwing in a third option, people completely reverse their decisions.

The point is that people aren’t good at judging or predicting what they would do.

No matter what people’s verbal feedback is, they may actually do the opposite depending on their “current emotional state”.

So what should you do instead?

Why You Need to Focus on User Behavior

That’s because verbal feedback isn’t very helpful. People say one thing and act differently (even when they don’t realize it).

But you can get insight from watching how people actually behave.

Every time someone does something (or doesn’t do something), it’s a piece of evidence. Your job is to gather these clues and connect the dots.

So after you’re done with the initial redesign.. you’re still not done.

Create scenarios of how users will flow through your website and present them with different landing pages.

Start doing some split-testing to determine what the color of each call-to-action should be.

Use a click test to see how users are interacting with each page.

Because you don’t know what users are going to do. No one does. They can’t even predict their own actions.

So instead of relying on advice from the client or feedback from the customers, run some basic tests to see how real users behave, and iterate from there for best results.